Excited to announce that we‘ll finally return to the US and Canada in September/October with our friends in AmonAmarth, At The Gates and Grand Magus! Tickets go on sale Friday, 19th at www.archenemy.net - don‘t miss out on this!

Michael Amott comments: „ARCH ENEMY is very much looking forward to invading North America together with Swedish Viking kings AMON AMARTH and our Metal brothers in AT THE GATES and GRAND MAGUS! Miss this Swedish Heavy Metal apocalypse at your own peril!“ 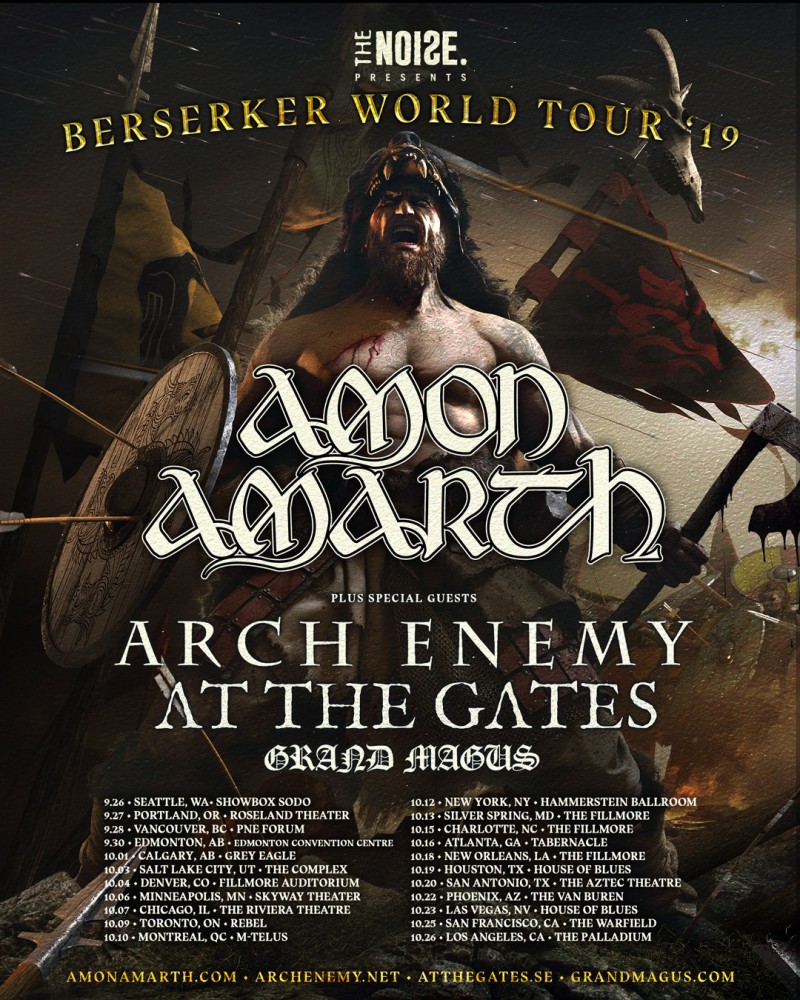